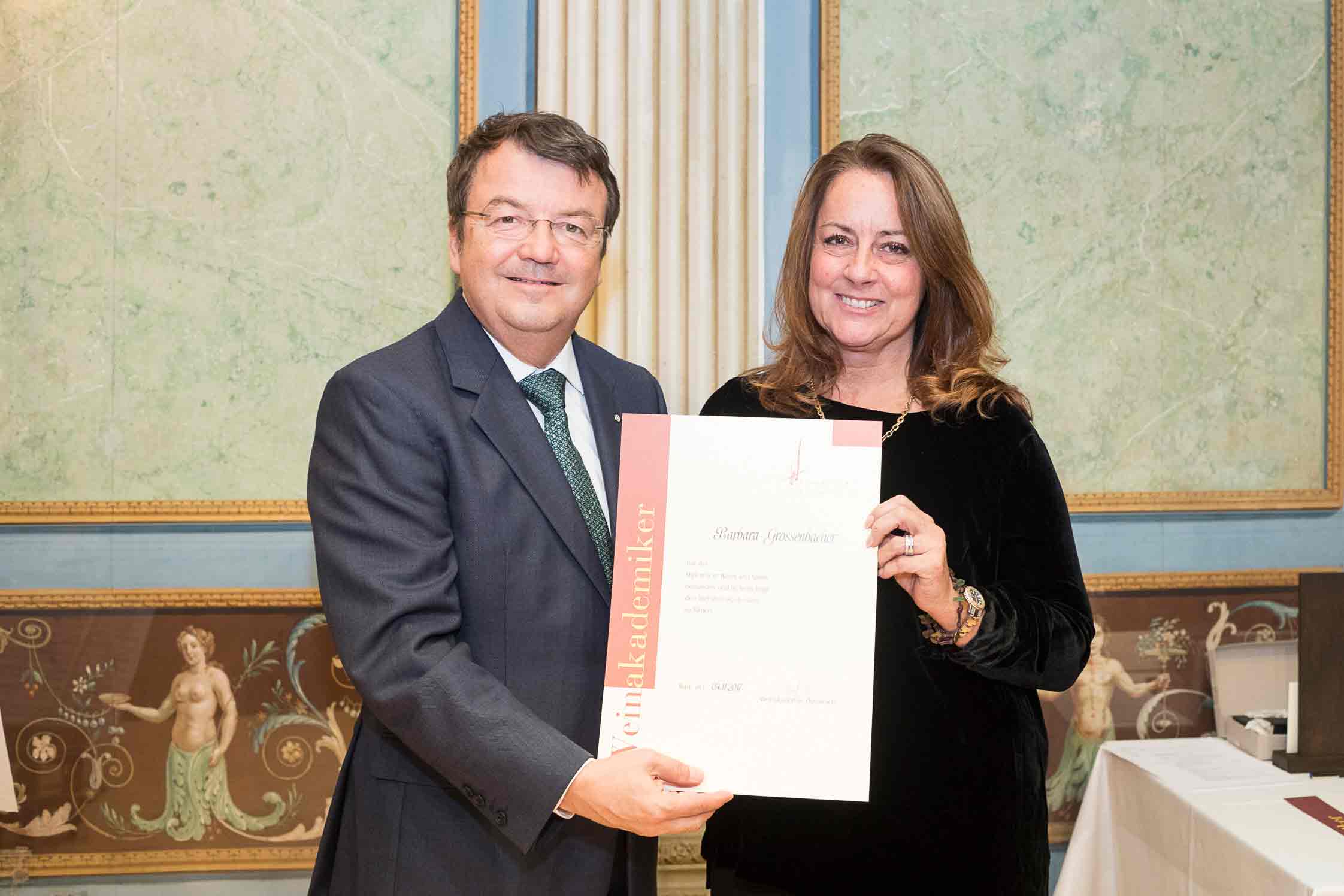 From Botanicals to the Bottle.

What started out as a project for Barb’s educational journey to become Weinakademiker (Wine Academic) at the Weinakademie in Rust, Austria is rewarded with a prize from the Austrian Wine Institute.

At the awards ceremony at the extravagant Schloss Esterhazy in Eisenstatt in Austria, 5 students of Barb’s class along with others in parallel classes were excited (and relieved ) to receive their diploma of Weinakademiker. The course was 3 years from beginning to end, and required hundreds of hours of study and research. The „icing on the cake“ was the thesis to the course, which was a topic chosen by students themselves that had to be related to wines and spirits.

Barb decided that instead of just writing about the Chardonnay grape or global warming in Australia she would take it one step further, and actually go from 0-100 to produce a product representative of the area she lives in, Entlebuch in central Switzerland. Her goal was to produce a gin reflective not only of the area, but of the nature and purity, defined in the in the botanicals (ingredients) that grow naturally in the area.

It was with great surprise and pride that Barb was called on stage a second time to receive the Austrian Wine Marketing Prize from Willy Klingel representing the Austria Wine Marketing Board. (and that for a theme about gin!) The prize encompasses a trip to Vienne in June 2018 to VieVinum, Austria’s largest wine fair, with over 400 Austrian wine producers and 100 international producers on hand.